Andy Warhol, the famous pop artist, once said, “In the future everybody will be world famous for fifteen minutes.” This was way before social media and websites had even been thought about. Mr Warhol certainly knew 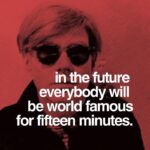 what he was talking about and we have Miss Littler’s P4L to vouch for that. 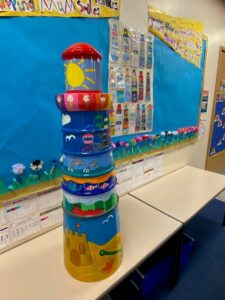 In our previous post, I told of the fantastic work this class had carried out toi design and paint their Little Light for the CLAN project and how much money they raised for CLAN. Well folks, the news got around and last session’s P$L can claim their fifteen minutes….and more of fame.

The children were visited by the Education Convener, Mr Tauqueer Malik and the Vice Convener, Claire Imrie who told the children how proud they should be of their achievements. Steph from CLAN was there along with some other CLAN representatives and also in attendance was Michelle Wainwright from Subsea7 who sposored our lighthouse.

The weather was not kind to us and we celebrated the sucessof the pupils with a short ceremony in the courtyard and ACC’s media unit took some photographs for a press release and that’s where Mr Warhol’s quote comes into play.

The links below will take you to the press coverage of our fantastic fundraisers!

Since writing this article, the CLAN auction has taken place of the large lighthouses, and some of the small ones too, and they have raised nearly £320 000 for our local cancer charity!